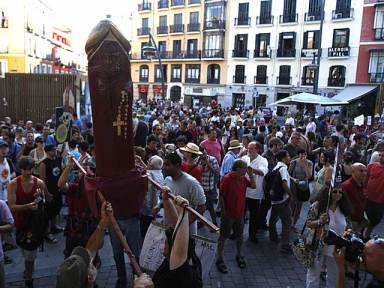 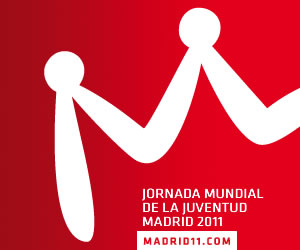 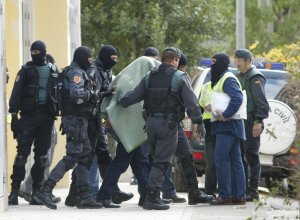 The Alicante-Almería-Granada axis is one of the main AQ’s logistical and recruitment basis in Spain. The evidence for that asessment is based on an official document from the National Court: the indictment against an alleged GSPC (now AQ in the Islamic Maghreb), broken up by Civil Guard nearly 4 years ago.

The public accusation considers that this alleged cell of terrorists wanted to “obtain materials to build explosive devices to commite terrorist attacks in the future”. More specifically, they consider as a reasonable possibility that they wanted to blew up El Corte Inglés department of store, located on Princesa St. on Spanish capital, Madrid. The prosecutor bases her accusations in some statements made by a protected witness, identified as A-1 in the indicment and who lives in Granada: “Bakel told me they had 100 kilos of explosive but needed more because they wanted to do a job” in the mentioned department store.

According to the Prosecution, this cell wanted A-1 to obtain explosives from two Granada residents, “Tito” and “Emilio”, who “had links with quarries in the area”. But they didn’t agree on the conditions and the alleged terrorists went back to explore “new contacts”. But on Nov 23rd, Civil Guard arrested 12 people, within the “Operación Gamo”. Of those 12, 7 has been freed, 2 of them being Granada residents. The prosecutor is asking now for 7-year prison terms for each one of the 5 indicted defendants.

And once again we have AQIM related to “jobs” in Spain, something not surprising considering this country as a basis for funding and recruitment. And yet they are speaking about Islamists’ imprisoned in Spain in connection to Spanish kidnapped by their own group in Mauritania.

The phenomenon of the Islamist terrorism in Andalucia is not “isolated” any more: it has become “stable and structural”. After March 11th bombings, Jihadi nets have settled in all the provinces and have solid foundations in all of them to fund their operations, specially using drug trafficking. Since then, two terrorist attacks have been aborted in Andalucia.

An example: Civil Guard detains 5 alleged drug traffickers who were selling hashish and to have more benefits, were also selling stolen cars. It would be just one more anti-drug operation, if it weren’t because, among those five “narcos”, was Mohammed El-Khaloum, vice-president of the Islamic movement of Algeciras (Cádiz). With the money obtained from drug trafficking, he was funding a terrorist cell which wanted to attack in the north of Morocco, according to investigation sources.

El-Khaloum’s arrest is a clear signal of the presence of Islamism in Andalucia, even after all the policial macro-operations which had been carried on in this community, a dozen in the last 5 years, with 37 arrests, and another 7 of a minor entity. The official confirmation comes when Interior Ministry, in a report made by presidential advisers in counterterrorism matters, it is stated that the Jihadism is an “structural phenomenon” in regions like Andalucia, Catalonia, Valencia and Madrid. “Since March 11th, these nets have not stopped growing, while inserting themselves structurally. So, it’s necessary that answers to this phenomenon are designed and implemented to diminish its importance“, adds Javier Jordán, professor of Political Science and Management at Granada’s University and specialist of Real Instituto Elcano (Note that Mr. Jordán does not refer to the “extinction” of this phenomenon, but to diminish its importance. So he is really considering “extinction” as something impossible. BUT the important thing here is that the Govt. hasn’t even done what is necessary to diminish its importance). END_OF_DOCUMENT_TOKEN_TO_BE_REPLACED

The monument built as a hommage to the March 11th is cracking down and would not be mended for the anniversary.
Zapatero states that the Government supports March 11th’s victims, despite the lack of official hommages (and that he is not going to any).
The Madrid’s Majorship reduces the acts of March 11th anniversary to a minute of silence.
The Concert “In Memoriam” will support the terrorism victims on the 5th anniversary of March 11th bombings.

Five years after March 11th, which made Spain a target of the Islamist terror, Interior Minister has stated that “Spain is now a source of Human Resources for future terrorists”, “situated in the 1st place in the ranking of their preferred recruitement’s places for Al-Qaeda’s recruitment in Europe, and, at the same time, it continues to be a target of international terrorism”.

Moreover, in the last report from National Police and Civil Guard in the subject to the Interior Minister, Alfredo Pérez Rubalcaba, it’s underlined that the true objective of Al-Qaeda is to “submit Al-Andalus”.

Some of the them had the objective of recruiting, teaching, training and sending mujahidins to Irak. Others only did “apology of terrorism or defense and proud display of extremist ideas”, according to the counterterrorist sources of the National Police, or they just financed Jihad by sending money from Spain, for example, using the zakat or alms obtained thank to mosques.

Spanish Confederation of Police (CEP) points out that, in these last years, around 4 muslim residents in Spain per month have gone to Iraq, Chcchenya or Afghanistan, to get training, a number that is reduced to a “hundred” since March 11th 2004 bombings, by the antiterrorist services.

Most of the Islamist terrorist choose the Muslim communities in Catalonia to create sleeping cells. 80% of the police operations have taken place in Catalonia and 31% of the 130 Islamists who are now in prison were arrested in Catalonia.

“We can’t forget that Al Qaeda always points out Ceuta y Melilla in their statements as a consideration to their satellite groups, Al-Qaeda in the Islamic Maghreb and Islamic Moroccan Combatant Group (GICM)”, according to the same sources.

Even if there have been 384 arrested, only 130 are now in prison (33%) Why? “In terrorism matters, prevention is fundamental”, according to police sources, “even if judges do not think the same”.

The National Court has established that “Jihadist terrorism has some peculiarities which makes it difficult to apply the jurisprudence laid on other terrorist cases”, according to the last report of the Judicial Power.” A democratic State cannot punish religious deliriums that preach hate to different people. Only the action, not beliefs or thoughts which can be punished”, underlines a sentence from the Supreme Tribunal that acquitted the terrorists”.

Not only Al-Qaeda has menaced Spain, even if 20 minutos (leftist) forgets to tell it. Hamas has repeatedly also menaced Europe in general and Spain in particular. Palestinians organizations (including Hamas, but not only) have also menaced Europe with “the Muslim minority” living here, specially after Israeli Operation Cast Lead.

Anyway, Jihadi menace has been growing for Spain since March 11th, a good proof that appeasement (and important quantities of State money given away to Islamic organizations in the name of “State’s religious neutrality”) does not produce any results in counter-terrorism and something President Obama should take good note of.