They had actually abolished it. I don’t think this serves too much, as the extremists continue to exist, non-Muslims and converts to non-Islamic religions and mixed couples are harrassed and threatened and, even when extremists attack people, normally they aren’t even convicted.

Islamabad intends to reconstitute the department that protects religious minorities. Abolished recently in a federal framework of constitutional reform in Pakistan, the ministry was headed by Shahbaz Bhatti – assassinated in March by an extremist group – it will be called “Ministry of National Harmony“, and will be entrusted to the Catholic politician Akram Gill, with a federal portfolio and rank. Encountering a group of young people, the lawmaker has asked the new generations for “greater efforts” in building a peaceful world.

In recent days, the Pakistani government approved the creation of three different ministries: National Harmony, Human Resources and Development, Professional and Technical training. The decision seems to be linked to the protests of ministers, left without portfolios following the recent reform to promote decentralization. In particular, the Ministry of Harmony will benefit from six departments and will have the task of promoting peace, tolerance and greater solidarity within society, with particular attention to interfaith dialogue. 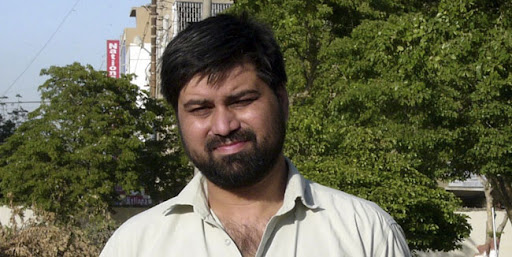 This undated photo provided by Adnkronos news agency shows Pakistani journalist and Adnkronos International correspondent Syed Saleem Shahzad. The Pakistani journalist who investigated al-Qaida's alleged infiltration of the navy and told a rights activist he'd been threatened by the country's intelligence agencies was found dead in Islamabad Tuesday, May 31, 2011. (AP Photo/Cristiano Camera, Courtesy of Adnkronos) EDITORIAL USE ONLY, MANDATORY CREDIT, NO SALES

Something I blogged about here:

New classified intelligence obtained before the May 29 disappearance of the journalist, Saleem Shahzad, 40, from the capital, Islamabad, and after the discovery of his mortally wounded body, showed that senior officials of the spy agency, the Directorate for Inter-Services Intelligence, directed the attack on him in an effort to silence criticism, two senior administration officials said.

The intelligence, which several administration officials said they believed was reliable and conclusive, showed that the actions of the ISI, as it is known, were “barbaric and unacceptable,” one of the officials said. They would not disclose further details about the intelligence.

via Pakistan’s Spies Tied to Slaying of a Journalist – Nuevo Digital Internacional.

The article Mr Shahzad wrote (and that possibly cost him his life) is this one.

I received yesterday this message from his son:

greetings my dear friends
as i asked you before to help us in collecting funds for my dad Hector Aleem but no body has replied me yet. Guys i am not asking very big amount just any amount you can afford just skip one burger from your daily life and send that amount to our pay pal that will help us alot. and also tell your fiends and other relatives, Actually we need funds before 20th April. Just imagine you are walking in our shoes and your dad waiting for justice and if you do not pay for his lawyer he could be killed any time in jail…. just imagine. this is our situation, contribute a little. please today you give us tomorrow God will give you more you have today. I am waiting for your response. please help us.

You can send him money by PayPal clicking here.

I wrote about him here.

Christian human rights activist and director of NGO Peace Worldwide, Hector Aleem, was taken into custody in January 2009 because a militant Islamic group accused him of sending a ‘blasphemous’ text message from his cell phone. If convicted, he faces the death penalty under Pakistani law.
Prior to the 55-year-old’s arrest, Aleem was threatened by Islamic groups with assassination attempts and lawsuits because he objected to the illegal destruction of a church by Islamabad’s capital development authority (CDA). Muslim leaders threatened to kill him and his sons, and to forcibly convert his daughters to Islam.
Although a heart patient, Aleem has not been allowed to consume his medication and he has been denied visitation in prison. He was denied bail because Islamic mobs filled his trial courtroom and threatened to kill the judge, Aleem, and Aleem’s lawyer.
Aleem is the recipient of a peace award by Pakistan’s Prime Minister.

A Christian man was fighting for his life in Pakistan’s Punjab province Saturday, March 20, after Muslim leaders backed by police burned him alive for refusing to convert to Islam, while his wife was raped by police officers, Christian and hospital sources familiar with the case told BosNewsLife.

His wife, Martha Arshed, was allegedly raped by police officers. Their three children — ranging in age from 7 to 12– were reportedly forced to witness the attacks against their parents.

via Infidel Bloggers Alliance: Raped and Burned for Refusing to Convert to Islam.

So, now we begin to consider that Pakistan is not a very good ally? How quick:

The US president’s redefinition (from Afghanistan war to Af-Pak war) is recognition that the Taliban‘s nerve center, as well as al Qaeda‘s safe haven are across Afghanistan’s border in neighboring Pakistan. In the forbidding tribal territories, Waziristan especially, another dimension of the same fierce conflict is underway with more Pakistani troops thrown into the fray than the whole of NATO deploys on its side of the Northwest Frontier.

But unlike Afghanistan where NATO allows journalists free access to combat operations, the Pakistani military remains media-averse and highly secretive of its own internal counter-insurgency efforts. On the surface of things, however Pakistan is NATO’s and particularly Washington’s staunch ally in the regional and global campaign against terror. It’s a role for which Islamabad in dire economic straits is rewarded handsomely with a massive combined US economic and military aid package it could not do without.

But as British author Moni Mohsin, a lifelong student of Pakistan points out “Pakistan is also the only US ally, America frequently bombs with drone missile strikes, which sometimes kill terrorists and just as often kill civilians.”

And While Islamabad is at pains to denounce the Predator missile attacks and adamantly insists it does not authorize them, Mohsin told Deutsche Welle that there is tacit Pakistani government approval for the strikes. Yet when the attacks are publicized it only helps to feed the ever present anti-American propaganda in Pakistan’s right wing media “which in turn becomes a pro-Talibanization as far as the public is concerned.”

The Pakistani duplicity is expained by some because of Indian-Pakistani conflict:

British journalist Rishaad Salamat, a long time Pakistani analyst and a senior economic anchor with Bloomberg Europe, argues that from a national security perspective “there are elements in the ISI who don’t want a democratic and stable Afghanistan. A state that they perceive as being in the pocket of India and one which has irredentist claims on Pakistani territory.”

This is an update on this story:

The men were arrested in early December in the eastern Pakistani city of Sargodha in a case that has spurred fears that Westerners are traveling to Pakistan to join al-Qaida and other militant groups.Police said recently they would seek life sentences on terror charges against the five young Muslim men, who are from the Washington, DC, area.

Under Pakistan’s complicated judicial system, police were expected to recommend charges during Monday’s session. However, the anti-terrorism court did not have to charge the men immediately, and they were likely to be given time to prepare their defense.

Police have not said what the group’s intended target was, but authorities say the men had a map of Chashma Barrage – a complex located near nuclear power facilities that includes a water reservoir and other structures. It lies in the populous province of Punjab, about 200 kilometers (125 miles) southwest of the capital, Islamabad.

via 5 Americans to appear in Pakistan court for terrorism | International News | Jerusalem Post.

The people of Malakand Division in North-West Frontier Province, remain under the jurisdiction of Sharia. The confirmation comes from Qalandar Ali Khan, registrar of the High Court of Peshawar, who reiterated that in the territorial division all cases, including those pending, are subject to the Nizam-e-Adl Regulation 2009, the agreement that resulted from the pact between Islamabad and the Taliban in March, which attaches to the Darul Qaza and Darul-Darul Qaza Islamic courts, the administration of justice.

via PAKISTAN Sharia is still the law of reference in the districts of North-West Frontier – Asia News.

The Taliban they did this agreement with, are the moderate or the “extremist” ones? Just to see who NATO, Obama, Rasmussen, Kouchner and others want to make an agreement with…