An immigrant from the Maghreb has entered the sanctuary of Saint Calogero and has destroyed the image of the patron saint, last July 9th.

The church was open for the 7:30 mass, when the immigrant, of North African origins, has entered and gone directly into the sacristy, where the statue of Saint Calogero was. He took it and threw it violently against the wall, destroying it completely.

A believer who was at the church had tried to arrest the immigrant, but was hurt. Four policemen were needed to control the man and then to arrest him.

Saint Calomero, a Greek saint, lived in the city in the Vth century, evangelised Sicily and is much revered in the island. He is always represented as a black man. In fact, the Agrigento’s archbishop has praised him as “an example of integration between people”.

Two teenage Coptic girls, cousins, were recently kidnapped and then “sold” in Minya, Egypt—the same region where a Coptic church was recently attacked and desecrated. I tried to find this story in English-language media and, as expected, found nothing, except for one report in Al-Masry Al-Youm titled “Clashes between police and Coptic protesters in Minya”—as if that’s the important story (as usual, the media prefers headlines portraying harried Christian minorities as equally culpable as their Muslim persecutors, thereby justifying use of the preferred phrase, “sectarian strife“). 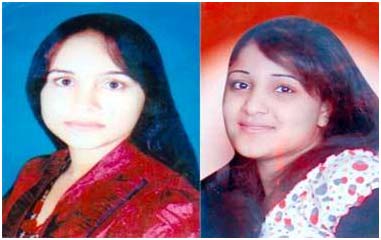 At the end of the Al-Masry Al-Youm report, we get a trailing sentence alluding to “claims” that two Christian girls “were abducted by Muslims and forced to convert to Islam” as the reason why Copts were demonstrating and clashing with the police in the first place.

… The two girls, Christine Azat (aged 16) and Nancy Magdi (aged 14) were on their way to church Sunday, June 12, when they were seized. Their abductors demanded $200,000 Egyptian pounds for their release. The people of the region quickly put their savings together and came up with the ransom money; but when they tried to give it to the kidnappers, they rejected it, saying they had already “sold” the girls off to another group which requires $12 million Egyptian pounds to return them.

Should I expect a worldwide condemnation of this? 😡

Iran will hear the case against three Americans detained for nearly two years on spying charges on July 31, their lawyer told Reuters on Tuesday, and he said he hoped a final decision on their case will be made then. Josh Fattal, Shane Bauer and Sarah Shourd were arrested by Iranian forces on July 31, 2009, on suspicion of spying after crossing into Iran from neighboring Iraq.

A Military court in Egypt has sentenced three Christian Copts to 5-years imprisonment on charges of possession of firearms and pocket knives. The Court released all other Muslims and Copts arrested following clashes on May 19 over the re-opening of St. Mary and St. Abraham churches in Ain Shams West (AINA 5-24-2011). Copts Emad Ayyad and Ayman Youssef Halim were convicted of carrying firearms. Emad Ayyam’s son, Ayad Emad Ayad, was convicted of carrying a pocket knife.

Eight Copts, mostly students, were arrested in Ain Shams West and charged with rioting, violence and causing injury to citizens. Three of the Copts were also charged with possession of firearms and knives. Police arrested three under-age Muslims on charges of throwing stones at the army.

Defense lawyer Abraham Edward said “This is a very unjust, severe and cruel verdict.” He said that as lawyers they are unable to fathom what is going on. “Today’s case is very strange, a case where there is not one shred of evidence to indict them. If this case went in front of the International Court of Justice they would all be set free.” He criticized the five-year prison sentence handed down to Ayad Emad Ayad for carrying a pocket knife. According to the law this is punishable by a six months suspended sentence.

Found at Egypt: Christians Still Do Not Get Any Justice.

The British government has appointed Mohammed Shokat as the UK special envoy to the 57-member Organization of Islamic Conference (OIC) (the ‘Muslim UN’) in a major bid to boost ties between the two.

The OIC and the UK have also announced plans to develop a joint framework of dialogue and cooperation in selected areas and evinced keen interest to hold regular consultations on issues of common concerns, said a British Embassy spokesman in Riyadh Sunday.

The move to promote relations with the OIC is significant for both sides as Islam is the second largest religion in Britain, with an estimated Muslim population of 2.5 million.

The UK is also a permanent member of the UN Security Council besides being a developed country and the world’s sixth largest economy. On the other hand, the OIC, the second largest inter-governmental organization after the UN, is the collective voice of the Muslim world.

From Melanie Philips h/t to BCF:

Jews are very properly sensitive to the dangers of prejudice and discrimination against other minorities. And very often they see in Muslim communities echoes of their own. After all, they say, don’t we Jews also sometimes dress in strange and distinctive ways, follow religious practices that are not understood by the population in general and have our own religious courts, just like the Muslims?

The answer to that last point, however, is an emphatic no. For the big difference between British Jews and Muslims is sharia law.

Contrary to the popular misapprehension, sharia is not like halachah and sharia courts are not like the batei din. Jews believe that the law of the land is the law. Decisions of the batei din are therefore essentially informal rulings; any binding decisions about family or other matters are made in accordance with the law of the land, which is acknowledged to hold sway.

By contrast, Muslims promoting sharia believe that Islamic law must supersede the law of the land because sharia is divinely ordained and recognises no superior secular authority.

Eritreans who have fled one of the world’s most repressive regimes are facing unimaginable suffering once they arrive in Egypt, where an estimated 200 have fallen into the hands of human traffickers.

“They are in great danger from their government, which is one of the most severe persecutors of Christians in the world, and if they flee in the hope of a better life elsewhere, they face imprisonment, kidnap, torture, rape, beatings and even death,” said Patrick Sookhdeo, the international director of the Barnabas Fund, which provides aid to persecuted Christians. In addition, some refugees have reportedly had their organs harvested.

Both Pope Benedict and Christian Solidarity Worldwide have both of them denounced this problem. I hope other international organizations also denounce it the sooner the better.