Specially if attempts to Islamize UK are silenced, no?:

Trevor Phillips warned that “an old time religion incompatible with modern society” is driving the revival in the Anglican and Catholic Churches and clashing with mainstream views, especially on homosexuality.

He accused Christians, particularly evangelicals, of being more militant than Muslims in complaining about discrimination, arguing that many of the claims are motivated by a desire for greater political influence.

(…) While the equalities boss promised to fight for the rights of Christians, he expressed concern that many cases were driven by fundamentalist Christians who are holding increasing sway over the mainstream churches because of the influence of African and Caribbean immigrants with “intolerant” views.

In contrast, Muslims are less vociferous because they are trying to integrate into British “liberal democracy”, he said.

The question is: do Christians need to integrate in their country? Because I bet there are much more Christians born in the UK that Muslims…

Alexander Cherkasov, who has closely followed the North Caucasus for 15 years for rights group Memorial, said whereas in the past rebels wanted freedom from Russia, a struggle that dates back over 200 years, now they are influenced by jihadism, a global fight against alleged enemies of Islam.

“Part of it is homegrown. Corruption leads many to seek out what they call true Islam, but political Islam, by way of foreign financing and insurgents, is certainly playing a role,” he told Reuters.

A myriad of web sites that have come to characterize the insurgency show videos of “martyrs,” something unheard of in the region five years ago. They feature mostly local men, framed by Caucasus flags, chanting in Arabic ahead of suicide missions.

From Melanie Philips h/t to BCF:

Jews are very properly sensitive to the dangers of prejudice and discrimination against other minorities. And very often they see in Muslim communities echoes of their own. After all, they say, don’t we Jews also sometimes dress in strange and distinctive ways, follow religious practices that are not understood by the population in general and have our own religious courts, just like the Muslims?

The answer to that last point, however, is an emphatic no. For the big difference between British Jews and Muslims is sharia law.

Contrary to the popular misapprehension, sharia is not like halachah and sharia courts are not like the batei din. Jews believe that the law of the land is the law. Decisions of the batei din are therefore essentially informal rulings; any binding decisions about family or other matters are made in accordance with the law of the land, which is acknowledged to hold sway.

By contrast, Muslims promoting sharia believe that Islamic law must supersede the law of the land because sharia is divinely ordained and recognises no superior secular authority. 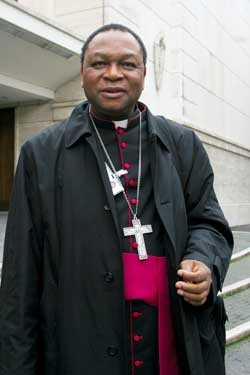 His name is His Excellency Mons. John Olorunfemi Onaiyekan Archbishop of Abuja and he has been interviewed by Catholic agency Fides after the first suicide terrorist attack in the country:

“The extremists are a challenge to all Nigerians and especially for the Nigerian Muslim community. No Muslim can continue to assert that terrorism has nothing to do with Islam. I am a man of peace and dialogue, I always tell my Muslims that they should isolate the extremists that are present in their communities. It is not enough to say ‘they do not belong to us’, concrete steps to identify and isolate those who are not in line with their activities with the good of the country and the good of Islam itself are needed“, remarked Mgr.Onaiyekan.

The sect is particularly active in the north. A few days ago, the Cathedral of Maiduguri was seriously damaged in an attack claimed by Boko Haram (see Fides 14/6/2011). “Our churches are also affected because they are a very easy target: buildings are clearly visible and unprotected. We do not deploy armed soldiers around our churches, which are places of worship open to everyone”, says the Archbishop of Abuja. 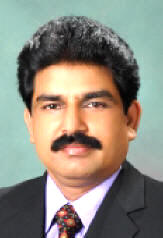 Pakistani police have arrested a man suspected of being involved in the March 2 assassination of Shahbaz Bhatti, the Catholic cabinet minister slain for his opposition to the nation’s blasphemy law.

A Church official reacted by calling upon authorities to launch a more serious investigation. “We ask the government to launch serious investigations and to urgently predispose all possible means,” said Father Yousaf Emmanuel, director of the bishops’ commission on justice and peace. “We hope and pray that the culprits are caught as soon as possible, so the family and the Christian community can have justice.”

Let’s see if they actually find the culprits and condemn them or it happens as in Gojra killings.

Of course, this guy is very humble:

“Inspired by ideals of the late founder of the Islamic Republic Ayatollah Seyyed Ruhollah Khomeini, Muslim nations are awakened and will end the dominance of big and hegemonic powers,” IRNA quoted (Mohammad Reza) Rahimi as speaking in a meeting with the visiting Sudanese Minister of Youth and Sports Hag Majid Swar in the Iranian capital, Tehran, on Wednesday.

The Iranian vice president also lashed out at arrogant powers for plundering resources and assets of Muslim nations, saying, “They are violating the rights of Muslims.”

I don’t think that Sunni countries are really moved by Khomenei, but of course, Mr. Rahimi seems a little excited in his speech and its better not to tell him the truth…