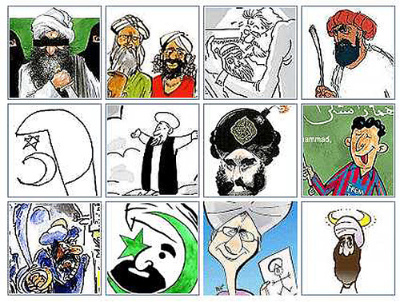 The Norwegian daily newspaper Aftenposten Friday reprinted cartoons depicting the Prophet Mohammed that generated controversy 2005 when they were first published in a Danish newspaper.”We have always defended media’s right to print these cartoons, and we printed a facsimile when the dispute began 2005,” Aftenposten editor-in-chief Hilde Haugsgjerd wrote.

The reprinting of the cartoons comes a week after a Somali-born man with an axe and knife was arrested breaking into the home of a Danish cartoonist who made one of the original drawings – of the prophet with a bomb in his turban.